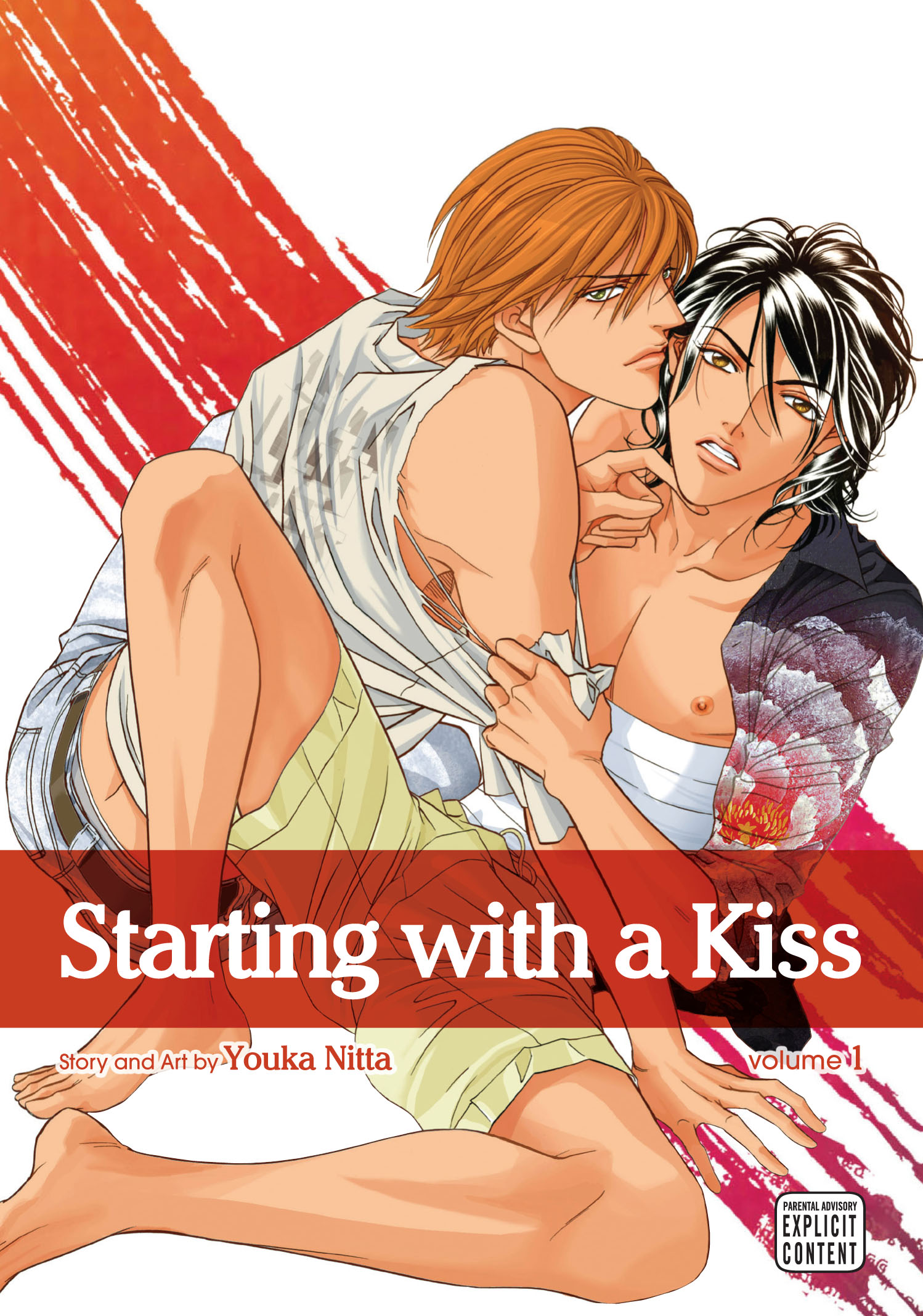 Starting with a Kiss, Vol. 1

Tohru, the son of a yakuza boss, is sent into exile on a deserted island for his own protection during a gang feud. Fiery and impetuous, he isn't thrilled to be sidelined when he'd rather be in the fight, and is even less thrilled that Mutsumi, son of the gang's second in command, is going with him. The serious, studious Mutsumi is Tohru's opposite in every way, and it doesn't take long before the sparks between them begin to fly!

Starting with a Kiss, Vol. 2

Starting with a Kiss, Vol. 3