For these two typecast actors, love can’t always be black or white.

Created by Sachimo | MoreLess about Black or White

Shin is an actor whose awkward personality has gotten him typecast as the villain, whereas his secret lover Shige garners all the prime princely roles. As their careers advance, can these two endure all eyes being on them not just in public but in private too?

Shige has decided to costar in a drama with Tatara, a veteran actor his boyfriend Shin adores. Tatara has made it known he thinks Shige is only going to drag Shin down as an actor. Wanting to prove him wrong, Shige puts on a performance to rival that of his far more experienced costar. Meanwhile, Shin’s best friend, idol Hanasaki, reveals to the public that the two are friends as a way to pursue his own agenda!

Other Black or White volumes 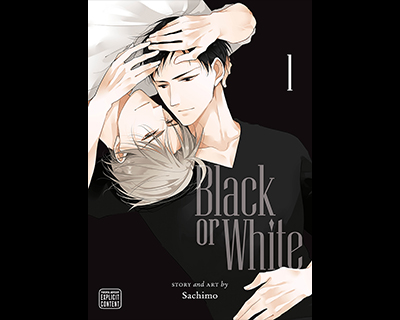